Respected Fuji Sensation Wasiu Alabi Odetola, better known as Pasuma Wonder, has hinted that apart from having a flourishing career in music, as a fuji-hip-hop artiste, and also an occasional actor, he has investment interest in the transportation business too.

Speaking, during a media parley attended by CITY BELL, the acclaimed Oganla of fuji, explained that he invested in fleets of commercial buses commuting passengers’ pick-up points to their destination.

Pasuma also commented about his relationship with Lagos Chairman of NURTW, MC Oluomo. He noted that beyond being business partners, MC Oluomo is friend and brother.

He hinted that their relationship dates back to when they were both not as popular as they were now. 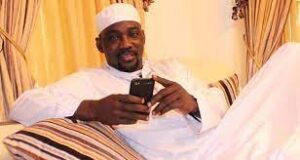 “MC Oluomo is my brother, I cannot call him friend anymore, because our relationship has come a long way. Even before he became chairman of NURTW, or even before I became this popular, we have always been very close. We have gone through a lot together and friends and brother.”

Why people should listen to my M.M.M Album- Pasuma

Terrorism is fast spreading in Africa-Buhari